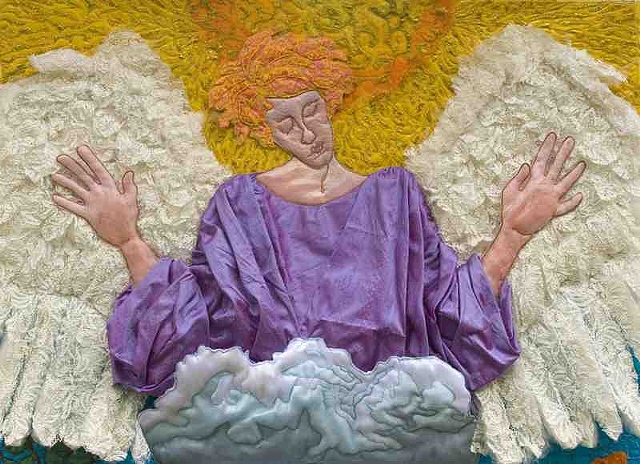 Meshell Melvin has been a practicing visual artist since 1990. Throughout these years Meshell has continued to develop her own unique style and technique of working with textile, hand in handle with “the Universal Movement Machine” a rare industrial chain-stitch embroiderer that she uses as a drawing tool. She has exhibited widely in solo and group exhibitions within the Yukon Territory and in Public Galleries across Canada. Her work has been featured in newspapers, magazines on CBC Radio and Television and has been the subject of a short documentary film.